TREK TO LOHAGAD AND VISAPUR

It is situated 52km from Pune in western India. Lohagad is at an elevation of 3,450 feet.

Lohgad was one of the most important forts of Satwaahan Period, which takes us to 2000 to 2500 years back. Bhaje & Bedse caves where used by Buddhist monks to stay.
It had been built with a primary intention to keep a watch on Nane Maval, Korbaarse Maval and Andhra Maval. In 1630, the fort went under the control of Adilshah. Shivaji Maharaj captured it in 1648, two years after he captured Torna. Netaji Palkar was appointed to look after the fort and the surrounding region. 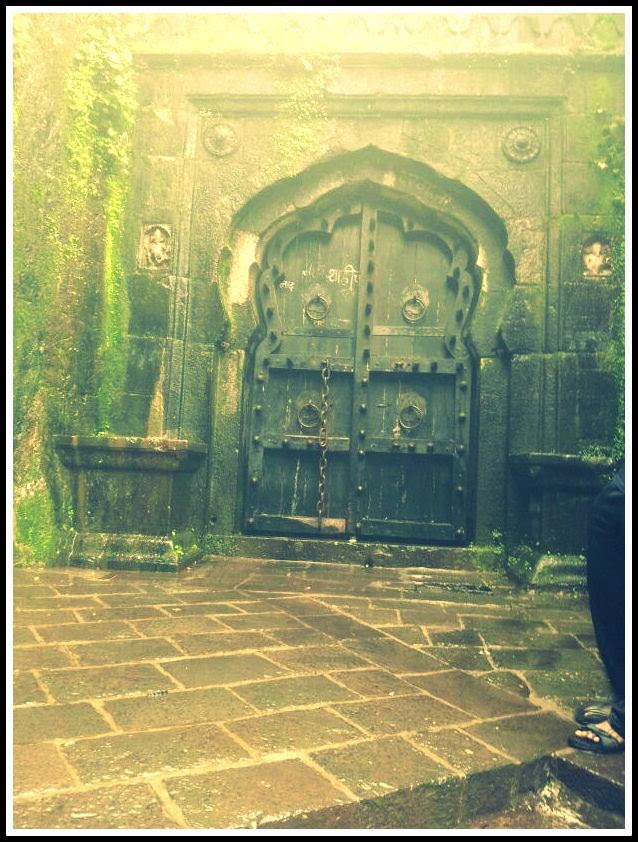 Spots :
Vinchu Kata :
As we enter the Ganesh Darwaaja, we come across an inscription on a rectangular stone. If it is not stone, one has to check every stone there. The words on it tell that the construction was initiated and done by Dhondopant under Nana Phadnis.Between Narayan & Hanuman Darwaaja there are two go downs. These were used for storage of granary. After entering the Maha Darwaaja we come across an old 'Dargah'. Besides the Dargah we come across the remnants of the court. Going towards right we come across 'Laxmi Kothi'. It is a big cave where 50 people can stay. The Kothi has many rooms. On Lohgad Laxmi Kothi is the only place for us to stay. The treasury of Nana Phadnis was kept here. In front of this place are two cannons. Besides the cave are many other caves. On the northern side of the fort is a newly built Dargah.
Going ahead from the old Dargah towards right there is small a temple of Lord Shiva. Going ahead we come across a small lake besides which there are drinking water reservoirs. This is only place on fort where we can get drinking water. After walking 15 to 20 min we come to a bigger lake, which was built by Nana Phadanavis. The lake is polygonal with 16 sides, and was constructed by Nana Phadnis.

Bhaje Caves :
Bhaje caves are near Malavali. The ancient Viharas and Stupas of Buddhists indicate that they were Heenyana Buddhists. Mahayana Buddhists carved idols of Buddha. Here we can find 8 more Stupas. There is a temple, which is Surya-Mandir or Temple of Sun. the chariot of Sun God is carved here. The constructions here are more than 2000 years. The wooden planks used here have not degraded yet. The place is now under the care of ASI.

How To Reach :
We were get down at Malavali(On Mumba- Pune Train Route) station near to Lonavala. After crossing the Express-Highway & reaching Bhaje village we get straight route to Lohgad. After walking for 1.5 to 2 hours & turning to right from `Gaimukh Khind` we will reach to Lohgad. Turning to left we reach to Visapur. At the base of the fort we have a village called Lohgaon. We can reach to the top of fort by stairs. We will come across four doors while reaching the top. The first one is called 'Ganesh Darwaaja', second one is called 'Narayan Darwaaja', third one is called 'Hanuman Darwaaja' & fourth one is called 'Maha Darwaaja'. Out of this Hanuman Darwaaja is the most ancient of all the doors.

While returning from Lohgad We were desided to visit Visapur Fort also...

Notes :
In Laxmi Kothi nearly 50 persons can be accommodated.
Food is available at Lohgaon and we can also carry our own food.
Drinking water is present throughout the year.

It is located in Pune district, 2.5 km from Malavli Railway station. It has an elevation of 1084 meters above sea level. It is built on the same plateau as Lohagad. Lohgad is related to many significant historical events. Much of it is known. Unlike that, much less is known about Visapur. In spite of being a very big fort, protected by a highly impregnable fortification and presence of a large plateau, less is written about it.


The mountain of Visapur is significant, as Bhaje caves have been carved out in the same mountain. The destruction caused by Mughals and English is clearly evident from the injuries on the Bhaje caves. These beautiful caves could have been bombarded by cannon balls, because much of their part has been broken.

Spots :
The main of this fort is the strong built on a large plateau, to make it one of the strongest forts. A large plateau of this size is found on many less forts. It is difficult to fire cannons on the fort due to its position. We can see the injuries of destruction caused by Mughals and British on Bhaje caves, but this has not affected Visapur much. On this same plateau we can see a huge stone wheel. It was used for grinding the mixture of lime, jaggery & lead. This mixture was used as cementing material for building purposes. The wheel was driven by bulls, and is the big one of its kind.
The ruins of a large stone-built house are known as the Peshwa's palace. In addition to a huge carving of Hanuman, there are also several temple dedicated to him scattered all over the place. 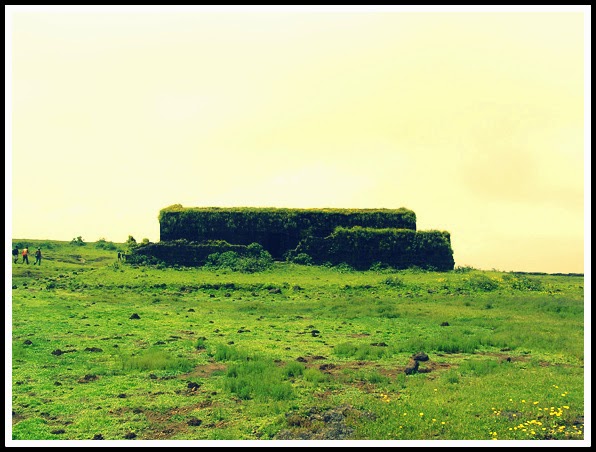 How To Reach:
The route is from just before Lohgaon. From here after reaching Gaimukh Khind we go towards left, which takes us to Visapur fort. This way also takes us through jungle and is much better. This must have been the main entrance, as it is in front of the main door to Lohgad. Moreover well-cut steps are seen here.

Notes:
There are two caves, which can accommodate 40 to 50 persons.

We have to carry our own food. Also available in base village
The lake water on the fort is suitable for drinking.

Some Pics From Group: